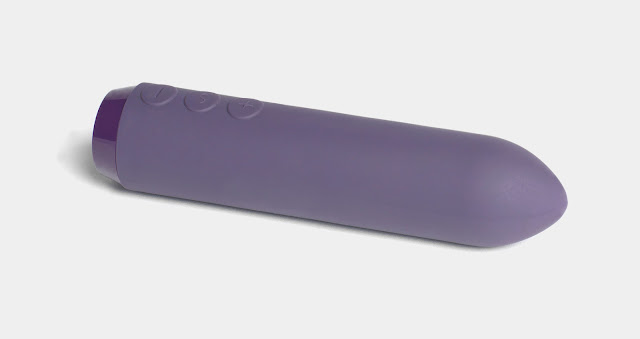 Now that Autumn seems firmly upon us, I hope everyone had a great Summer and made the most of whatever good weather there was. This month Je Joue have launched a trio of exciting new bullet vibes, and they reached out to me to see if I’d like to review one. I’m always keen to support companies that hail from right here in the land of tea and crumpets, so naturally I said yes, and you can catch the review below!
Je Joue has been around since 2008, and despite them being a British company this is actually my first time reviewing one of their products, so it’s one of those rare reviews where I start off with no preconceptions.
Their new range of bullets consists of the Classic, the G-Spot, and the Rabbit, and their names more or less tell you what you need to know about them. I opted for the Classic as it seemed the most appropriate for my uses. The G-Spot has a similar design, but a little longer and with an angled tip for insertion, but not really anal-safe, while the Rabbit has two little “ears” at the top, similar to a design I’ve enjoyed in the Jimmy Jane Form 2.
Probably the first thing worth noting about the Classic is that it’s a little bigger than your typical bullet vibes, such as the RO-80mm from Rocks Off, or the We-Vibe Tango, so it’s not going to be fitting inside the bullet holes of any of your toys. This does limit its applications somewhat, but if you find those vibes a little fiddly in your hands then then added size here could help. 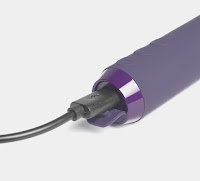 The basic design of the Classic is pretty much what you’d expect from a bullet, although it does slightly remind me of a half-smoked cigar, with its extra girth and contrasting flat and tapered ends. One nice feature about the Classic is that the hard plastic body is covered with a plush velvety silicone with a matte finish. The entire tapered end appears to be made from this silicone, with the plastic body not extending into it, which gives a nice squishy tip to it. At the very end of the vibe a silicone flap conceals a USB charging port, and when it’s in place the bullet is completely waterproof.
The Classic has five speeds and seven different patterns to choose from, and these are selected with three buttons on the side of the bullet, positioned near to the base. Holding the (+) button turns on the bullet, and each subsequent press increases the power, while pressing the (-) decreases the power, and holding it turns the bullet off again. A button marked (S) is used to cycle through the patterns.
At its lowest setting the Classic feels quite rumbly, and when you press it against the body you can feel the vibrations penetrating deeply. As you start to increase the power, however, the story changes. As the strength of the vibrations becomes more intense, they also become more buzzy, and that deep penetrating vibration becomes a shallow surface sensation. It’s definitely a powerful vibrator, it’s just not powerful in the way that I’d like it. As someone who enjoys using vibrators on the penis, I find a deep rumbly vibration that penetrates into the tissue much more satisfying than vibrations which only tickle the surface skin, so this did dash my hopes a little.
The patterns consist of a few different sequences of pulses going at various speeds, combined with a couple where the intensity of the vibrations gradually ramps up and down, and these are always fun to play around with. I’d call these the tried and tested vibration patterns, as it seems to be the ones you encounter most often, with nothing too out of the ordinary.
In all of its modes the Classic remains pretty quiet, which is always a bonus. It’s not going to draw the attention of anyone on the other side of a door or thin partition wall, so you can use it quite discreetly. 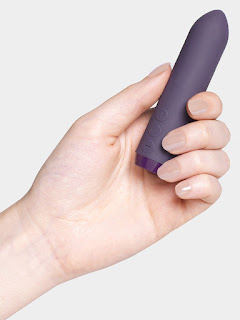 In terms of use the Classic is a good little vibrator, and very enjoyable, despite not being as rumbly as I’d like. The soft matte silicone felt very comfortable against the skin, and glided smoothly against it, allowing for a manual stimulation of the frenulum in conjunction with the vibrations. I found that this technique worked well with the bullet on constant at the lowest power setting, and felt quite pleasurable, but it also felt satisfying to hold the bullet stationary and experiment with the patterns at a higher intensity level, as this produced a broader spectrum of sensations. As the power ramps up with each pulse it goes through the full range of that low rumble through to the strong buzz, so you get a little taste of everything, and that uniqueness certainly helps to make up for its other shortcomings. Although at times I did find myself craving more of that rumbly power that I get from some of my other vibrators, I had no trouble climaxing with the Je Joue Classic, it just felt a little more drawn out.
The big question for this review, really, is whether or not I’d recommend this bullet, and for that I have to bring out the We-Vibe Tango, because the Tango has become the benchmark against which I judge all bullets. In a market that’s saturated with a wide array of different vibrators, it’s imperative to compare and contrast what you’re getting at any given price point. The Je Joue Classic retails for around £45 – £50, depending on where you’re shopping, which puts it in direct competition with the Tango, which is available for £50 – £55, and this I feel is where the problem lies. By itself the Classic is a good enough vibrator, it’s waterproof, it’s rechargeable, it offers a selection of different patterns, but at the end of the day it’s no Tango. It simply lacks that sheer deep rumbling power that the Tango puts out, and for the sake of £5 the Tango would be the one you’d want to go for every time. As much as I’d like to tell you to go out and support a British brand, if you’re looking to squeeze out every last bang for your buck, then I’m afraid this isn’t the bullet.
Many thanks to Je Joue for sending me the Classic to review. It’s available from SheVibe.