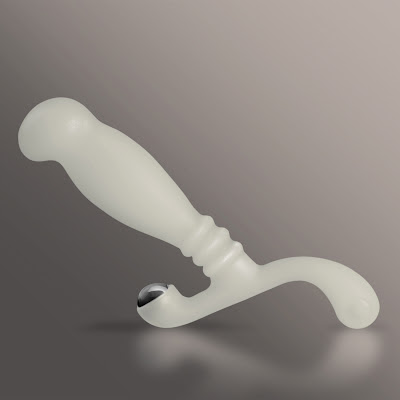 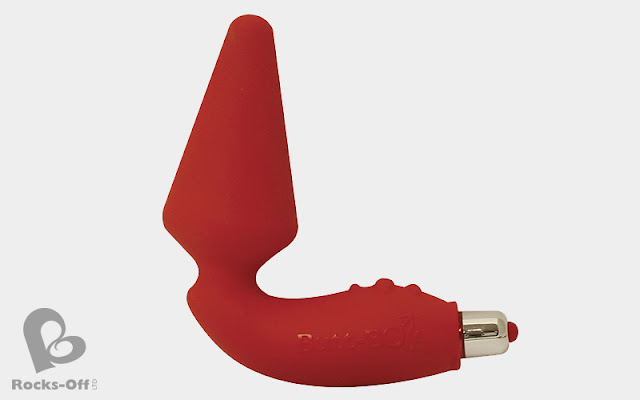 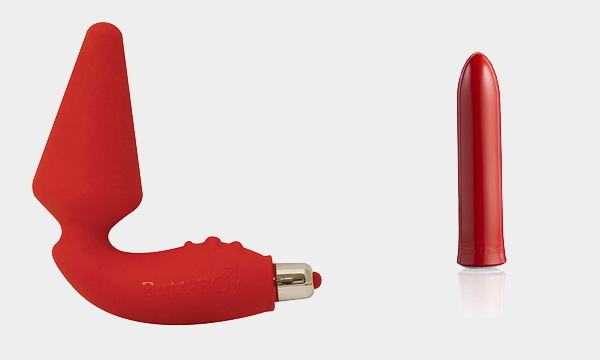 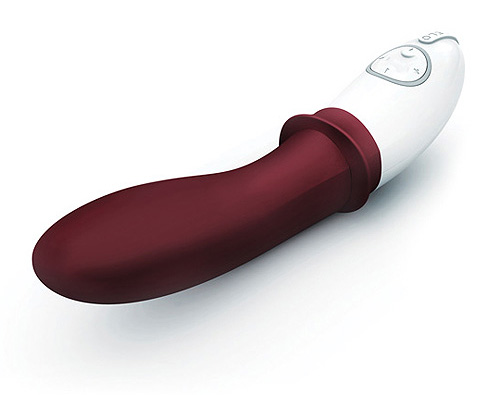 The Lelo Billy is available directly from Lelo, and from the following retailers around the world: 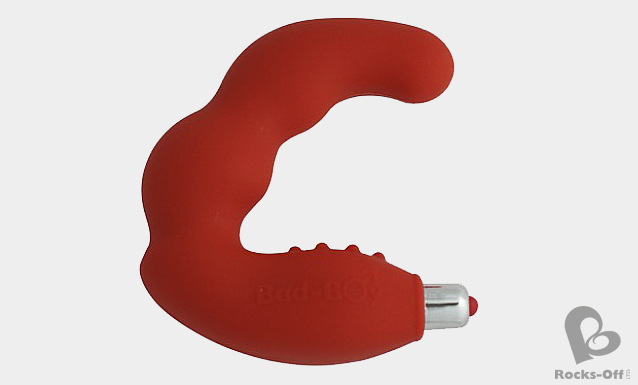 Having tried dildos and butt plugs before, vibrating prostate massage seemed like the next logical step. Rocks Off do a whole range of these toys, including the Naughty Boy, Rude Boy, Cheeky Boy, Bad Boy, Big Boy and Butt Boy. I decided to go for the Bad Boy, because the bumps looked intriguing, and I chose it in red because it’s my favourite colour. These products tend to divide opinions quite strongly, between those who can fit the hooked shape, and those who find it utterly impractical.
Read the review after the jump!
When the product arrived I was very impressed by the overall appearance. The Bad Boy came packaged inside a sturdy black cardboard box, with a clear plastic viewing window at the front. Inside the box the item is clipped securely into a plastic tray adorned with the manufacturer’s logo, which makes it the perfect place to store your toy when not in use, safely away from unwanted dust.
Aesthetically it’s quite an attractive piece; I bought mine in a stunning scarlet shade. The product has more or less a horseshoe shape, with lots of bulges along the length of the insertable portion – which averages 1.5″ in diameter – and some nodules near to the bullet, designed to stimulate the perineum. There is a visible mould line running around the length of the toy, but it feels quite smooth.
The material used in the manufacturing is a type of silicone used in all Rocks Off products, which is completely odourless. I found this blend of silicone to be noticeably firmer than the silicone used in products by Tantus and Doc Johnson. The surface is very slightly rough, so you may wish to use a little extra lube, and the material didn’t offer a great deal of flexibility whilst using the toy.
The size of the tip makes insertion an ease at the beginning, but I soon found the hook shape of it to be a hindrance, and despite numerous attempts I was never able to insert it fully so that the final resting position resembled the diagram on the box. The tip of it seemed to have gone as far as there was physically room, and further pressure to insert the remainder only caused internal discomfort. The problem would seem to be that everyone’s anatomy varies to an extent, but toys like this must follow a ‘one size fits all’ approach. I would advise trying to manually locate the prostate using a digit before buying this toy; if you struggle to reach it then you probably have a deeper prostate and would benefit from the shape of the product, but if you can reach it easily then your prostate is probably in a more shallow position, and you might also have difficulty fitting the Bad Boy, and would benefit from something more conventionally shaped. The result of not being able to insert it fully was that it generally felt uncomfortable to wear. As half of it was hanging out it failed to stay in place very well and I was unable to sit on it to attempt generate stimulation from a rocking motion. The area of the toy designed to stimulate the perineum did not sit flush with that part of the body, and barely came into contact with it at all, meaning I did not benefit from this aspect of the design at all.
The vibration is powered by the RO-80 bullet, which can be removed and used separately if desired. The bullet is held in place very snuggly and can be difficult to extract without a lot of twisting, tugging, and wiggling, as the tight fit forms a vacuum inside. The entire toy is waterproof, so removing the bullet during routine washing isn’t a necessity. The vibrations did seem to travel the length of the toy, to the point that I felt a tingling inside, but none of which seemed to cause any pleasurable sensations in the prostate, even after prolonged usage. The part of the toy which vibrates the most strongly is the part which remains outside the body, as that’s where the bullet is located. By the time the vibrations travel from the source, through the length of the toy, and into the body they seem to weaken to a fair degree, being absorbed and dampened along the way. For this reason I feel a fully integrated vibrating function would have been better served than a removable bullet. The functions of the bullet are limited, with the only options being off, or on and vibrating constantly at one speed. There are no speeds or patterns of pulsations to choose from, which is disappointing. The bullet is generally quite easy to operate whilst inside the toy, as the shape puts the button in an accessible position, and the bullet is quiet enough that no one will hear it in the next room.
Overall it’s an attractive product, but the shape isn’t going to work for everyone. If you’ve never used a prostate massager before, then try a more traditional design first to see if that hits the spot. If you think you can accommodate the hooked shape then this might be the product you’re looking for.
The Bad Boy is available from Lovehoney U.S, Lovehoney UK, and Esmale – where you can get an extra 10% off by using the code ‘INCEND10’ at the checkout.