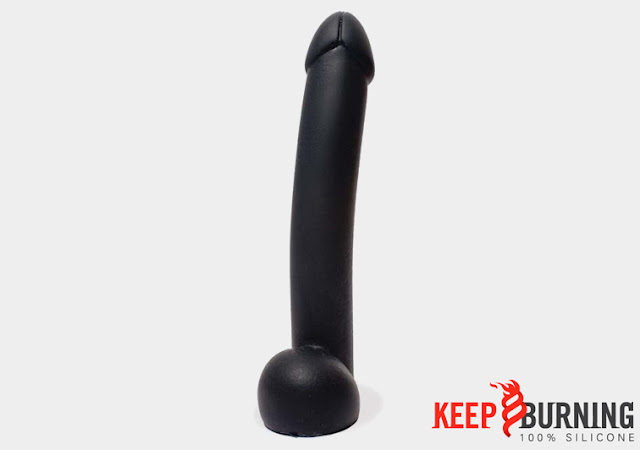 The Shaft dildo is made from 100% platinum silicone, which is a fantastic odourless body-safe material, and one which I always recommend. The silicone is a little on the firmer side as it needs sufficient rigidity to hold its shape with such long thin shaft, but its still got enough give in it that you can easily compress the surface with a gentle squeeze. It comes in just one colour, black, and the finish on it is neither wholly matte nor wholly gloss, but rather it has this subtle “leather” texture to it which is really quite nice and precisely what you would expect from that name.