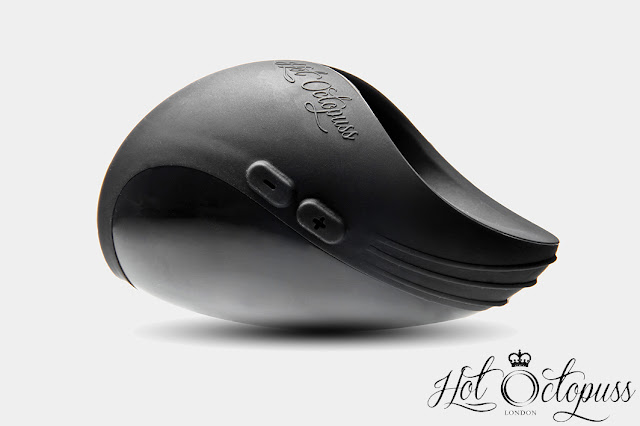 This week it’s time for a review of a new product from my friends at Hot Octopuss: the Pulse II Solo. It’s the follow-up to their wildly successful original ‘guybrator’, The Pulse, which launched back in 2013 to much acclaim. I was a huge fan of that toy, so let’s see where they’re taking us now!

Note: this product has since been replaced by an updated version, the Pulse III Solo

With the launch of Fun Factory’s Cobra Libre II late last year, and now a brand new Pulse model, it couldn’t be a better time to own a penis. For those of us who enjoy all things vibrational, it would seem that for the first time we’re almost spoiled for choice, and I for one am relishing this new trend.
Having only launched two years ago, it might appear somewhat soon for an upgrade to the Pulse, so having first heard of this new model I was immediately gripped with anticipation to see what reworkings had taken place to justify it, and more importantly from a reviewer’s perspective, whether any of it had been the result of our feedback
Possibly the biggest shake up to the Pulse is that it’s become the Pulses, plural, with the introduction of “Solo” and “Duo” models for the Pulse II. The original Pulse offered multifunctionality aimed at couples play, while still primarily being a toy for the man, and it did this by offering a secondary point of vibration which could stimulate a female partner during use. The Pulse II Duo represents the point of continuity with this concept and is most consistent with the original design, while the Pulse II Solo is the new kid on the block, dispensing with this aspect altogether and focussing solely on individual pleasure.
Today I’m going to be looking specifically at the Pulse II Solo, and I have to say that I’m quite pleased with this divergence in the design. It’s not because I had any particular issue with it in the old model, it’s just that it was redundant for all those but heterosexual couples, and by stripping out the redundancy from one half of the new Pulse II pairing they’ve also managed to make the Solo £20 cheaper than the Duo. I’ve always felt that affordability is massively important for consumers, and after all no one wants to be paying for features they’re not using, so this is a positive development right off the bat. 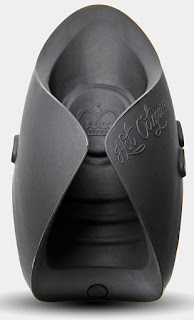 So what exactly is the Pulse II Solo? I’ve been speaking so far with the assumption that everyone has read my earlier review and has a general understanding of the nature of these products, but for the benefit of those coming to this afresh. The Pulse is a vibrating male masturbatory aid, or a ‘Guybrator’ to use the term they’ve coined, and it’s one of the very very few vibrators aimed specifically at men. It differs from nearly all other male masturbators on the market, such as your Fleshjacks and Tengas, because it takes the conventional thinking about how men get off and turns it on its head. Most male sex toys aim to replicate the natural sexual experience as closely as possible, that is they involve the penis being thrust inside something in order to stimulate it to the point of orgasm. The Pulse on the other hand requires absolutely no motion on the part of the user, and brings him to climax via the use of powerful vibrations targeted directly at the most sensitive part of the penis. For any man who’s experienced the joys of vibrator use before then it probably doesn’t seem that revolutionary, but within the realm of male sex toys it really is.
The design of the Pulse II closely follows on from the original Pulse, employing the same shape and the same materials, with the only real difference being the size. The Pulse II is ever so slightly larger over all, and mainly in terms of length. What’s unusual though is that one area does seem to be smaller, and that’s the opening where you place your penis, but I’ll talk more about that later. The central channel is where the “Pulse Plate” lies, and this is the piece of technology which produces the vibrations, or to be more accurate, the oscillations. It’s strategically located to make contact with the sensitive underside of the penis, where the nerve-rich frenulum is located. The channel isn’t entirely enclosed, and is flanked by two flexible silicone “wings” which adapt to accommodate the size of penis placed between them. It’s quite a stylish toy on the whole, and it’s well made from quality body-safe materials such as silicone and ABS plastic.
To use the Pulse II you first begin by inserting your penis into the channel, and what’s quite beautiful about the whole way the product is engineered is that doesn’t really matter what state your penis is in, be it hard or soft, circumcised or intact, with the foreskin retracted or not. It’s functional in all situations, which is beneficial to anyone who might suffer from erectile dysfunction or a tight foreskin, for example, which limits their ability to use other toys, or be intimate with a partner. One thing I did notice, however, is that the channel definitely is smaller, and that bodes less well for more endowed men, specifically men with more girth, or in this case a wider penis. The flexible silicone wings felt noticeably snugger around my penis, and they had the same problem as in the original model, whereby they’re only flexible in their top half. I’m going to briefly quote myself as explanation.

One thing I did notice though is that the “wings” are flexible mainly at the top half, and not towards the bottom, so while the top section can become almost infinitely wider the bottom of the channel always retains the same semi-circular shape. Where this could cause an issue is that most penises don’t have a completely circular cross-section and are wider from left to right than from top to bottom, so depending on the size and shape of the penis you may find that once inserted to the fullest extent the shaft may hover above the Pulse Plate without actually making direct contact. This probably won’t be an issue for most people, but if your penis is very wide in one direction, and not so much in the other, then it’s worth bearing in mind.

Like many I happen to have a penis which is wider in one axis than the other, and the smaller (narrower) channel does exacerbate the issue of flexibility with the wings. Instead of my penis lying completely level and flat along the channel, the pressure from the wings causes it to twist to try to conform with the narrow space, breaking optimal alignment with the Pulse Plate. The only way to really deal with this is to manually push the head of my penis down into the Pulse Plate and hold it in place, which works but which isn’t ideal if you were going for a hands-free experience. From my experience making the channel smaller is an unfortunate change, but perhaps there’s some evidence which shows it’s more suited to the penis size of a greater number of people, and it’s not enough to be a deal-breaker either way. 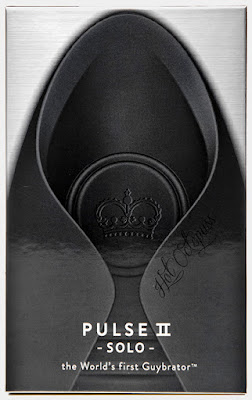