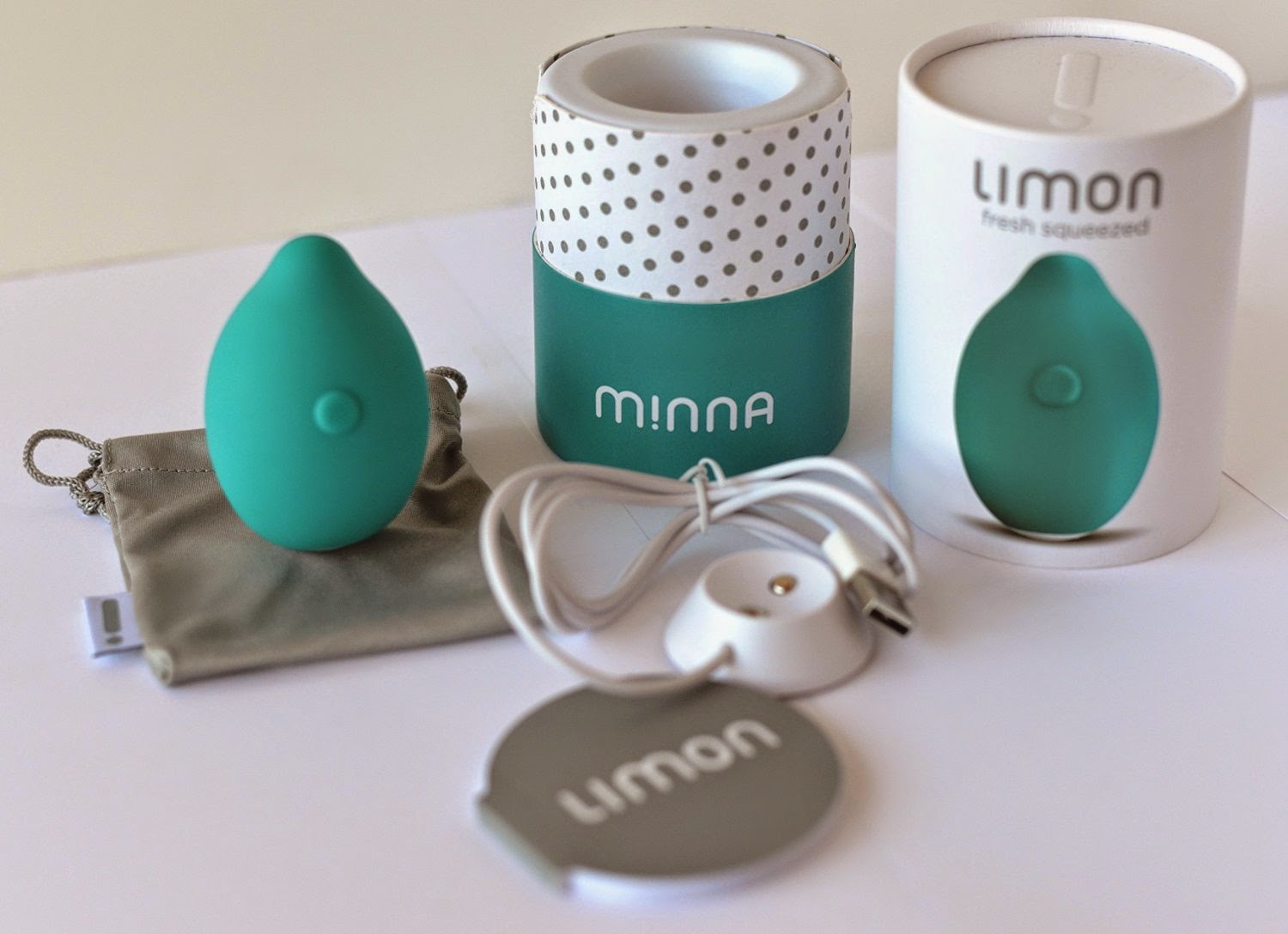 There are a couple of minor downsides to the controls. The first is that when you squeeze the toy some of the vibrations get absorbed into your fingers, so in order to operate it you actually diminish some of the power. This can easily be fixed by saving your favourite pattern into the toy so you needn’t hold it so firmly. The second is with regard to anticipation; because your brain knows precisely when you’re about to make the vibrations stronger it comes as no surprise to the body when it feels it, in the way that it does with a pre-set toy, and this lessens the impact somewhat. Again you can get around this by programming in a pattern, but actually this is why I think the Limon would make a fantastic couples toy, because you can take all that precise control and use it to deliver tailored pleasure to someone else.
The whole quality and construction of the Limon is superb too, and it’s made with body-safe silicone and has no nasty raised mould-lines sticking out where they shouldn’t be. It has an inbuilt power indicator which tells you how much charge the battery has left. When you press the power button if it vibrates thrice it means the battery is great, twice it’s half full, and once then you should think about charging it. In my experience though the battery life lasts a long time, but when it does need a top up it’s a simple as popping it onto the magnetic cradle, and the benefit of this system is that you get a fully waterproof toy too.
I have to say that I really have been thoroughly impressed by the Minna Life Limon, so hats off to the guys who designed it and followed through with their own self-belief enough to make and sell it. It’s a lovely powerful rumbly little vibrator, which uses an ingenious control system which I just love. It’s the ideal toy for single guys and gals, and especially couples of any persuasion. I’m not sure it’ll replace my We-Vibe Tango in all applications, but lately it’s been the one I’ve been most keen to reach for first. I would happily give this toy my recommendation.
You can pick one up right now from SexToys.co.uk