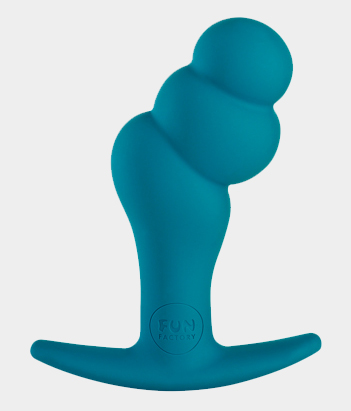 A few months ago I reviewed the rather small yet surprisingly enjoyable Fun Factory Bootie butt plug, and as much as I enjoyed it I couldn’t help but crave a little more size, so today I’m reviewing its big Brother the Boosty.