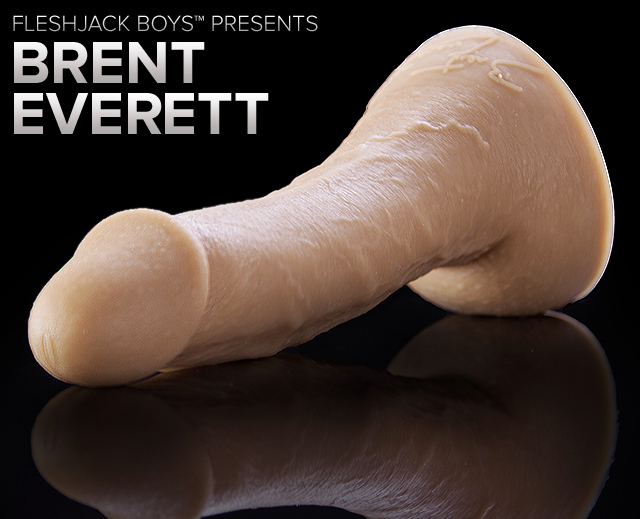 One funny thing about the dildo is that it’s not as much like Brent as I thought it would be. That probably sounds strange, after all it’s moulded directly from him, so how can it not be like him? Well what it comes down to is the shape of the head. I’ve watched a lot of Brent Everett porn in my life; I know exactly what that meaty mushroom-esque glans looks like, and frankly the dildo is just somewhat different. The head appears less full than I would have expected; it’s slightly elongated and more pointed at the tip, and it even appears to lean forwards slightly. I went so far as to compare it against a few dozen high-res images I dug up on the Internet, just for the sake of thoroughness, and I can safely say that I’m not just imagining it. The question then becomes, how can this be? Well the simple fact is that penises are mercurial, each one has no single shape for hard and soft, and depending on the level of blood flow they can take on a slightly different form. It could just be the case that Brent wasn’t at his usual level of hardness when the mould was taken, and the head deflated slightly, or it could be the opposite, if Brent was wearing a tight cock ring during the moulding then more blood could have been forced into the head and changed its shape. Either possibility is quite feasible. What does this mean about the dildo though? Well for most people, probably not a great deal, it’s still distinctively Brent after all, and a beautiful piece in general. For me there is a slight sense of disappointment, simply from a perspective of familiarity. That penis that I saw in the photos and videos so many times was the one which I lusted after so strongly, that was the one which had a head proportioned in a way which looked perfect in my eyes. This one is different. It’s no less of a turn-on, and no less of a sense of “wow, I actually have Brent Everett‘s penis, this is exciting,” it’s just not Brent Everett’s penis the way that I’m used to it. I still love it and would buy it again, but there is a little adjustment to make in terms of my initial expectations. I’d be lying if I said I wouldn’t prefer it to look more like the photos, but this really is the closest I’m ever going to get to the real thing, and everything else about it is so spectacular that I can still be content with the way it is. 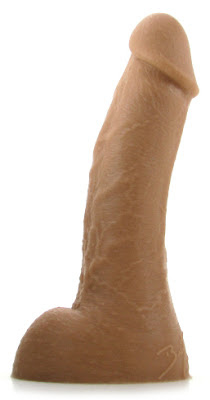 Alternatively you can purchase it directly from Fleshjack, by clicking on the image of Brent below, and they ship from locations in the US, Canada, Australia, and Spain: