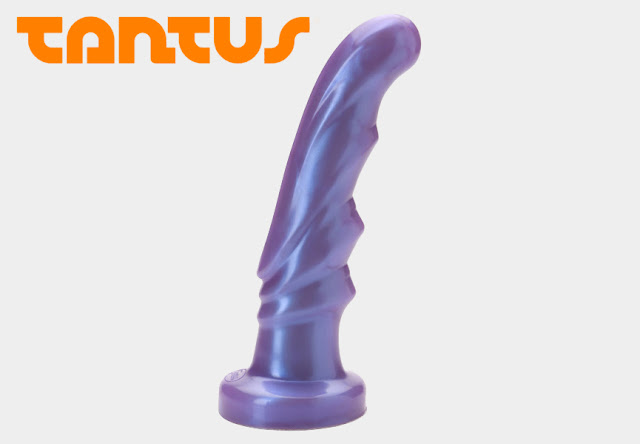 As you may have gathered from reading my blog so far, I’m a huge fan of Tantus toys, so when I saw the new Tsunami I fell in love with the shape and knew that I had to have one.

The Tsunami comes packaged with a vibrating bullet which can be inserted into a specially made bullet hole in the base. The bullet hole has some internal ribbing so as to aid with removal, and this seems to work quite well in preventing the formation of a vacuum. The bullet itself has about the same intensity as the RO-80mm from Rocks Off. The problem with toys with bullet holes is that the hole is in the base, and you want the vibrations down at the tip, but they simply don’t travel that well through inches of thick silicone. The inclusion of the bullet is nice, but I find that it’s mostly gimmicky and doesn’t add much to the experience of using the toy. Personally I prefer to use the dildos like this without the bullet, but there’s always the option of using the bullet separately, so it’s like getting two toys in one.