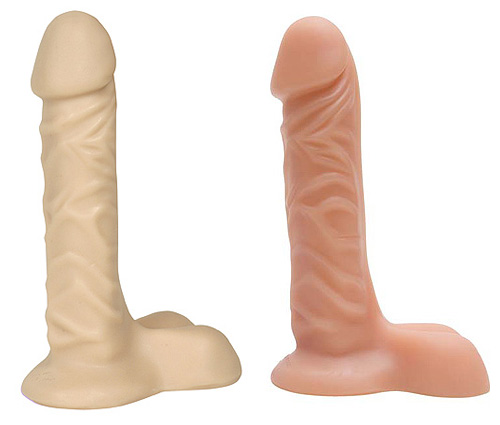 I absolutely adore silicone toys, and I’ve had my eye on the Super 7″ since last year – the blue version as a matter of fact – but I didn’t snap it up on sale when I had the chance, and now the only places that have it are asking a price that frankly seems exorbitant to me. The next thing you know the Ballsy Super Cock wanders into my sights, at  a mere £13.95, and admittedly I’m having serious thoughts about it. Now I have nothing against silagel, I have four items made from it, it’s just not silicone though. It can be inflexible, and it can smell, and I almost feel as though it would surmount to some sort of betrayal of my principles as a sex toy reviewer to spend money on the inferior version. So what does one do?
Update: After a long wait I finally went ahead and bought the silicone Super 7″ in blue, check out my review here!
Tweet
Pin