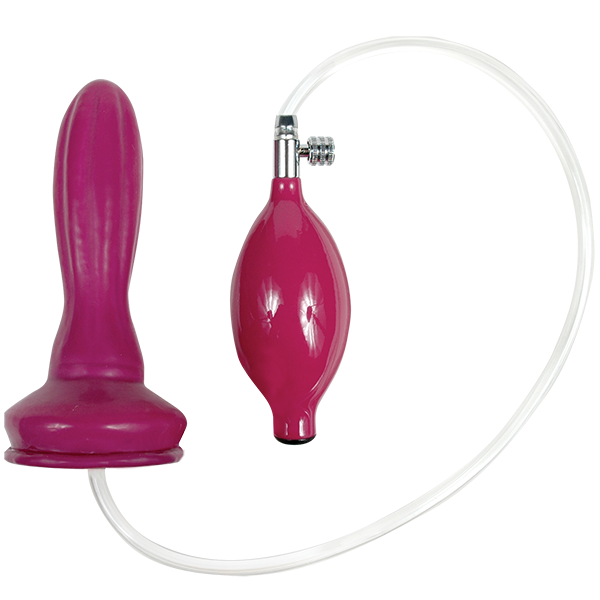 You can buy the Gapers from SexToys.co.uk, LoveHoney, or SexShop365. 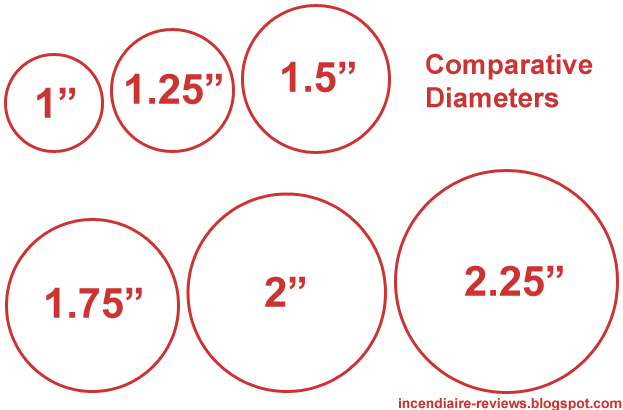 Toys come in a variety of sizes, and are often produced according to diameter. As it can be hard to tell the size of an object just from reading a measurement, I’ve created an image of the most popular sizes on the market. The image is to scale, and depending on your monitor settings, should display as actual size.
As you can see the sizes are typically listed in Inches, and increase by increments of 1/4″. Now 1/4″ doesn’t sound like a great deal, but as I think the image illustrates quite well, 1/4″ on the diameter translates to quite a large increase in the circumference of the toy.
More images and discussion after the jump!
What I would like to see is a broader range of available sizes at the upper end of the scale. Here is a diagram comparing diameter sizes with circumferences: 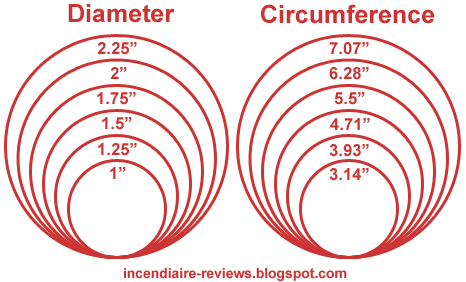 Trying to work up from a 1.75″ toy to a 2.25″ may not seem that much when you’re only considering it from the point of the diameter, but the circumference difference is over an inch and a half, which is how much extra the sphincter needs to stretch. That’s no small amount.
Another problem is that measurements listed aren’t always accurate. I’ve bought toys before that said they were 2″ in diameter, but one was 1.9″ and the other was 2.3″. Small changes in diameter have a big impact on circumference, that’s the difference between 5.97″ and 6.91″ – two toys that were supposed to be the same size, with nearly an inch difference in them. Personally I find the 1.9″ leaves me wanting more, but anything over 2.25″ is a little too much. If there was something in between on the market then I would be extremely satisfied. For now though, the best option I can find to tailor your own perfect size would seem to be inflatable toys, such as the Doc Johnson Gapers, but they come with their own pros and cons.
Comment if you have an opinion, and enjoy this final image. 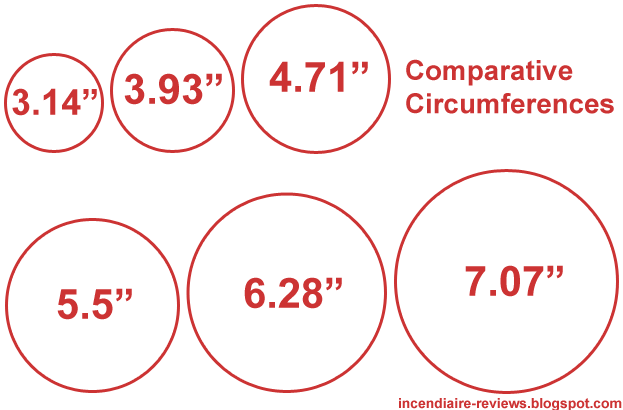