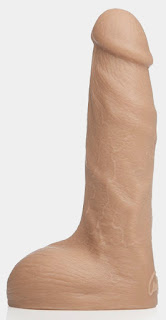 In terms of use I found the dildo to be an absolute unexpected pleasure. The head is small enough that it’s possible to insert it comfortably without the need for any warm-up toys, provided you have a little bit of prior experience. As you go down the shaft you notice that first bump from the ridge of the head, and then it just feels as though it’s getting bigger and bigger as it continues to gently stretch you out. Just as you start to think that it’s beginning to get too much, there’s a moment of relief as you feel it narrow ever so slightly, and it continues in this direction until you reach the balls, trading that sense of a stretch in your sphincter for one of fullness near the prostate.

What makes it a joy is once you start to thrust with it, and you experience this whole series of events again, and in reverse, and at an ever more increasing speed. It’s like a wave passing through your body, as you feel your sphincter expand and contract, ebb and flow with every in and out, and simultaneously you feel that fullness inside and pressure against the prostate, and then the lull. There are definitely toys which work in different ways, and this is one which delivers the bulk of its amazing and unique sensations right to the sphincter, and I could honestly thrust with it for ages just to feel the pleasure of that rhythmic stretching. 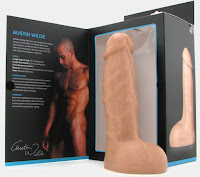