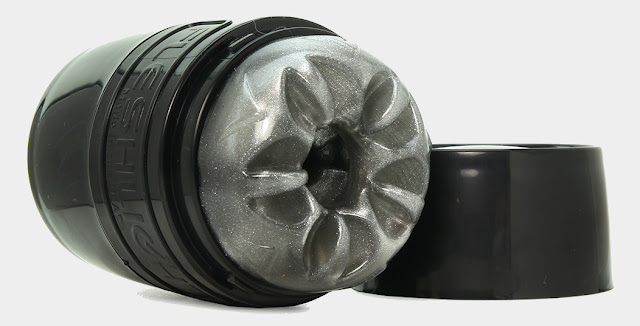 Happy December everyone, and this month I’m back with an all-new Fleshlight review, courtesy of the folks at Lovehoney. A few weeks ago Fleshlight unveiled their brand new product the “Quickshot” and naturally I wanted to give it a whirl, so I got in touch with my friends at Lovehoney and they kindly agreed to send me one to review. Believe it or not this is actually the first new Fleshlight mastubator I’ve reviewed in almost three years, since the Sword back in January 2013.

Catch the review below!
The Quickshot marks the most significant change to Fleshlight’s masturbator design since the company’s inception back in the 90s. It eschews the traditional large bulky case for something much more compact, and akin to some of the other “pocket pussys” you see on the market. The first time I saw it though, I couldn’t help but think back to a viral video from last year where a lady by the name of “Auntie Angel” taught the world how to turn a grapefruit into a sex toy, and gave everyone watching it a good laugh in the process. I like to think of the Quickshot as the professional evolution of that concept.
The Quickshot is available in two difference versions: the Boost and the Vantage. The difference between them is largely cosmetic, with the Vantage having a clear case and a clear insert, while the Boost has a black case and a metallic-grey insert, but there’s also a slight difference to the texture. One of the first things that came to my mind is how sticky the clear inserts tend to be, so the Boost seemed to be the safer option on that front, but I can confirm that this isn’t actually the case. Interestingly the grey insert appears to be just a clear Superskin with a lot of tiny metallic particles mixed in with it, rather than being a proper solid colour like the traditional Fleshlight-pink, but I’ll talk more about that later. 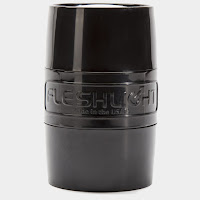 The basic design of the Quickshot looks a bit like a barrel, and with its caps on it measures 4 3/8″ tall by 2 3/4″ wide, making it the sort of size you can conveniently store in the top drawer of your bedside table. With an end cap removed it does look a lot like a traditional Fleshlight, only sans the anatomical orifice, so if you prefer the more discreet Flight approach then it’ll appeal to you. The Quickshot does in fact have two end caps, both of which are intended to be removed during use, and the orifices are identical on each side, though this does seem a little bit like a missed opportunity to incorporate some variety. In the absence of the caps the body of the toy is reduced to essentially a band of black plastic, with the Superskin insert held inside rather like an elongated doughnut. The openings in the insert are around 3/4″ of an inch in diameter, promising to be nice and snug, and this size continues through the internal canal of the toy, with the exception of the textured areas. The texture is formed by intermittent horizontal ridges laid out in groups of three, and punctuated occasionally by a shallow nub between the rows. It’s something of a unique texture compared to the others that I’m familiar with, seemingly crafted especially for the Quickshot.

Using the Quickshot is very straightforward and requires no special preparation other than a bit of waterbased lube. It’s worth applying a squirt of lube to the exterior of the orifice, as well as internally, just harking back to my earlier point about the material being quite sticky, as this’ll aid with initial insertion. The Superskin is a wonderfully soft and stretchy material, and you can feel it expand as you enter the toy, but it still feels very snug. The thing that restricts just how much the insert can adjust to accommodate you is the diameter of the plastic band, as this is where the toy feels tightest. I’d go as far as saying that anyone with a girth above 5 1/2″ should probably consider another toy, as that’s about the max it can take before you find yourself getting into difficulties. [Update: see my review of the Vantage for a less-tight Quickshot]. There are a number of techniques you can employ to make the most of the toy’s design: you can focus entirely on the head of the penis, leaving it in the toy at all times, you can employ long strokes so that the penis goes in one side and pops out the other, or you can use the toy mainly around the shaft, occasionally teasing the head. It’s also very well suited as a couples toy if you wish to incorporate it with a blowjob. The texture of the Boost is fairly enjoyable during thrusting, but if I’m honest I wasn’t all that blown away by it. The issue is that these little individual ridges get pushed over as soon as the penis makes contact with them, and then if you’re quite girthy they just get squashed into the side of the canal. It’s just not possible to feel them all that much, so while it does feel good, it feels good in the way that the smooth Fleshlight feels good, rather than in the way that the dozens of nubs inside the Flight can drive you wild. Occasionally part of one of the ridges, or one of the shallow nubs, will catch you right on the frenulum and feel extra good, but you have to play around with your technique to achieve this consistently. What is pleasant though, and a unique point for the Quickshot, is that sensation of the head emerging out of the end of the tight orifice, and then being pulled back through it in reverse. It’s definitely not an imitation-sex toy, but for a masturbatory aid it’s an enjoyable step up from using your hand. 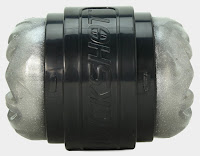 In terms of prolonged use the Quickshot does have some drawbacks over the traditional Fleshlight, namely with regard to lube. Because the Quickshot isn’t a closed environment, a significant area of your lube-covered penis will be exposed to the air at any time, where the moisture will rapidly evaporate. The longer you use the Quickshot the more times you’ll need to reapply lube, because it does get quite stubborn when things aren’t slick enough, and that tightness and the texture create a lot of friction together. It’s not a huge deal, unless you’re very frugal with your lube, but it can disrupt your rhythm a little, and after a number of reapplications things can start to get a little messy. The other thing to consider is that when you climax with the Quickshot you’ll want a tissue handy, as it doesn’t catch anything in the way that a regular Fleshlight would, but that does bring me onto my next point.

One of my favourite things about the Quickshot is that it’s so easy to clean, and that’s not something you’ll hear anyone say about Fleshlight’s other masturbators. It’s as simple as popping the SuperSkin insert out of the plastic case, submerging it in a basin of warm water, and agitating it a little to remove any lube etc. After that it’s just a matter of leaving the insert somewhere to dry before you reassemble it, and it dries ever so quickly thanks to the open-ended design and relatively short body. It has to be the most hassle-free product that Fleshlight have come up with, and that’s a major selling point for it. You’re able to use it as frequently as you like because there’s no need to worry about the clean up afterwards. As much as I love my other Fleshjacks, there’s always a debate that goes on before getting one out “do I want a really good wank enough to go through the washing, cornstarching, and days of mould-preventing ventilation afterwards?” On the subject of cornstarch, it’s entirely optional with the Quickshot. As I mentioned earlier the material is sticky, but it still pops back into the case easily enough that it’s not a big deal. Personally I don’t bother.
Overall the Quickshot Boost is a nice little toy, and I love the fact that they’ve incorporated all the Fleshlight technology into something so convenient and much more accessibly-priced. For me it would benefit from having a slightly larger version to reduce the snugness, and I can picture some textures that I’d prefer, but these things aren’t deal-breakers [Update: the Vantage model solves these issues]. If you want to upgrade your masturbation session to something beyond just your faithful hand, then the Quickshot is a great way to do that without a lot of hassle and without breaking the bank. For those reasons I’d definitely recommend it.
Thanks to Lovehoney for providing me with the Quickshot, and you can grab one now from their UK store, or their U.S. one.
Tweet
Pin