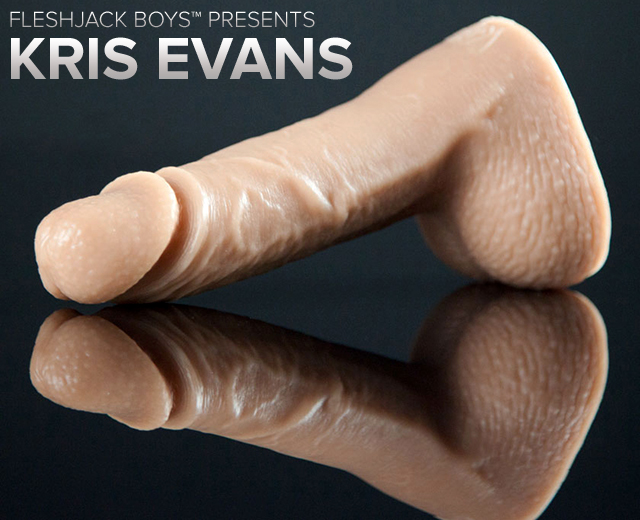 The dildo is precisely what you’d expect if you’ve ever experienced one from Fleshjack before; an incredibly detailed and realistic replica of a penis. It’s the most like-life facsimile of a body part you could imagine, and the closest you’re going to be able to get to exploring Kris Evans’ manhood in all it’s three-dimensional glory. No matter how you choose to survey it, by eye, by touch, by mouth, in terms of pure visual authenticity nothing comes close to what Fleshjack do, and they really are the best on the market. That’s not all, however, because they do a credible job of making sure they feel real too. 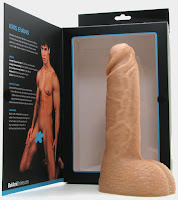 Alternatively you can buy it directly from Fleshjack.