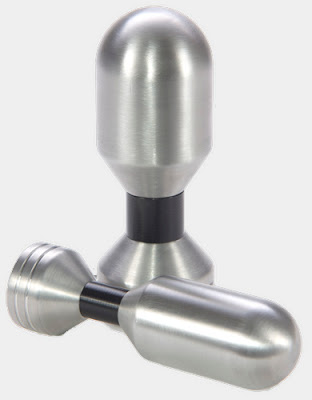 It’s time for my second E-Stim review, right on the back of their ETO Award win this month, and today I’m looking at the Torpedo metal butt plug. I was quite excited when E-Stim agreed to send this one over to me as I’ve been keen to try out a metal attachment for a while, ever since I made my first foray into the world of electro-play last year with a lovely silicone toy from another brand. Metal is actually a sex toy material I’m rather fond of in general – you need only read my review of the nJoy Pure Plug 2.0 to be convinced of that – so to my mind coupling it with my appreciation for electro-play can only be a recipe for good things.