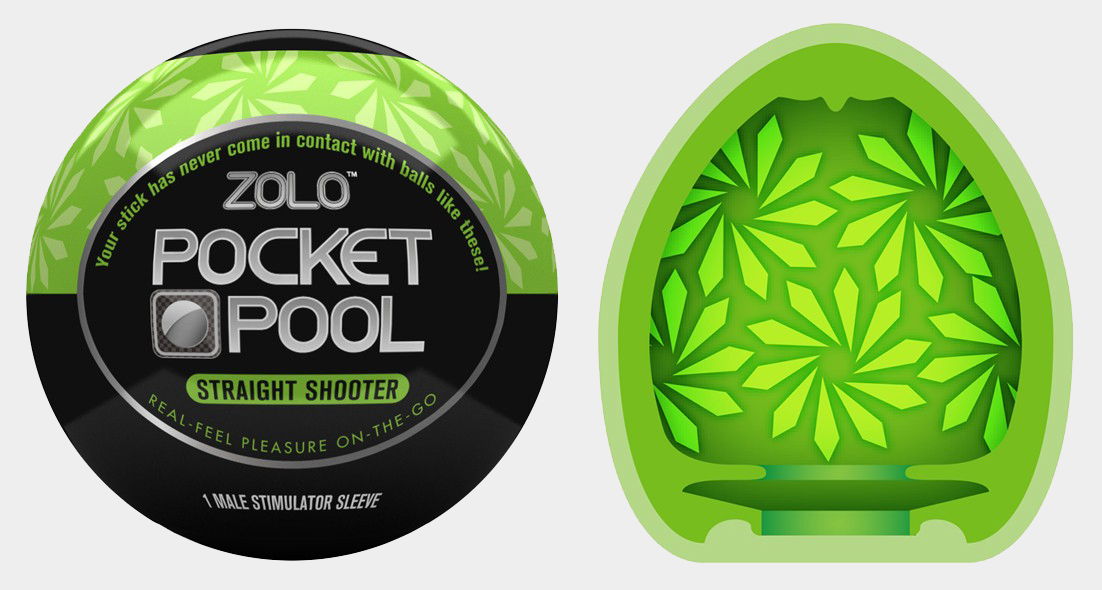 Last week I reviewed the Zolo Cup, Zolo’s answer to the Tenga Cup, and found out that it came up a little short. This week I’m going to be reviewing another Zolo product, also kindly provided by the folks at Bondara, the Zolo Pocket Pool, which is more or less a Tenga Egg. You may be sensing a pattern here.
Whereas last week I did pretty much a direct back-to-back comparison with the Zolo and Tenga cups, in this case I reviewed my Tenga Egg back in June of 2012, so we’re going to have to rely mostly on my memory when ascertaining which is superior.
The Pocket Pool is by no means an original concept, something which I had been quick to praise Tenga for in the past, but where I have to give Zolo credit is in the branding. There are 6 different Pocket Pool options to choose from in total, each packaged inside a black plastic sphere, and wrapped up in colourful cellophane to make them look like billiard balls. Where the notion of Tenga’s “Egg” comes off as a little goofy, there’s something a bit cooler about the Pocket Pool, both with its appearance, the innuendo in its name, and the laddish connexion to a popular pub game. I can imagine it superficially having a broader appeal, especially to male shoppers buying for themselves.
Once you peel off the cellophane and crack open the black ball you’ll find inside a wobbling white ovoid resembling a hard boiled egg, almost like a reverse Kinder Surprise. The toy itself is a thin, stretchy, textured sleeve, made from what appears to be TPE, and it comes perched atop a little plastic cone into which a small 5ml sachet of lube is tucked. In total the sleeve is about 2″ wide, and comparable to the Tenga Egg in size. 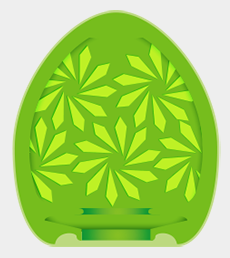 Each of the Pocket Pool variants has a different texture on the interior surface, which can be easily seen by flipping the sleeve inside out to reveal the raised pattern. For the most part they’re quite dissimilar to the designs found inside the Tenga Eggs, offering up a little variety, but they seem equally prominent in depth which is reassuring. The Straight Shooter that I was sent has what’s described on the Zolo website as a “wheel texture”, and indeed it does rather remind me of a child’s pinwheel that you see being sold at the beach. The raised areas are arranged almost in a spiral, and packed quite closely together, giving a nice first impression when you run a finger across them.
The base of the sleeve has a 1/2″ wide orifice which serves as the access point into the toy, and the easiest way to make use of it is to enlarge it with your fingers and pull it over the tip of the penis. The soft material is incredibly stretchy and able to fit over a penis of almost any size, and once on it completely covers the glans, along with the sensitive areas of the inner foreskin, giving a snug yet comfortable feel.
You will want to (need to) apply lube to the inside of the sleeve before using it, whether that be from the sachet provided or some of your own, but it doesn’t take more than a few drops to give a sufficient coating. This time around I decided to use my own lube, after my experience with that included with the Zolo Cup, but it’s a personal preference.

My initial impression of the sleeve once it was on was that it felt very much like my recollection of the Tenga Egg, and gave that feeling of a secondary foreskin hugging the head of my penis. It’s a pleasantly natural and realistic feeling, which I find is always a good starting point with any masturbator. Once you begin to play around with it the natural feeling continues, and the sleeve glides comfortably across the surface of the glans as the material stretches out. It’s possible to stretch the sleeve down almost the entire length of the shaft if desired, but I found this to be unnecessary, and that the Pocket Pool was much better suited to being used primarily to massage the head and top third of the shaft where the most erogenous tissue lies. The advantage to the sleeve being thin and flexible is that you can apply as much external pressure as desired during use, and it’s this combination of stretching the material and squeezing it that makes the internal texture come to life. It’s not the most stimulating sensation in the world – nor would you expect it to be – but amidst that natural and foreskin-like masturbatory experience, you can really pick out many of the little ridges as they pass over the glans, and especially where they tickle the frenulum. It’s a enough to give a satisfying little boost to your everyday hand-job, and make it that much more enjoyable with these extra points of interest to feel.

One thing I really did like about the sleeve was the density of the texture, because it meant that the bumps stayed quite close together during use, allowing them to be felt more. One of the things I was less fond of with the Tenga Egg I tried was that the texture seemed to spread apart too much when it was stretched, leaving my penis rubbing against smooth sections of the material at times, but that didn’t appear to be the case with the Straight Shooter.
For me the Pocket Pool works well as a toy for prolonged use, one, because it isn’t too intense, and two, because it’s entirely enclosed when it’s on, so the lube doesn’t evaporate and you needn’t stop to reapply. It allows you to edge for a sufficiently long time to make the most of it, and then when you are ready to finish up it catches all your ejaculate, leaving you mess free and avoiding any real clean up.
The Pocket Pool sleeves are intended to be single-use, just like the Tenga Eggs, but honestly I’m in no rush to throw mine out yet. The material is a little thin and fragile, so I can see it tearing if you try stretching it to some real extremes, but it’s also pretty well made, so provided you rinse it out after use and exercise a little care I see no reason why you shouldn’t be able to prolong its life to several uses.
So, down to the important business, would I recommend the Zolo Pocket Pool? This time I’m going to have to say a resounding “yes.” It may not be the original, but it’s just as good as the Tenga Egg, and right now at Bondara they’re a pound less at only £6.99. It’s a fun toy which feels really good, makes masturbation a bit more interesting, and it’s got some nice branding to go with it. It’s a great thing to chuck in a suitcase for a weekend away, or just to treat yourself to a little something different.
You can buy the Zolo Pocket Pool Straight Shooter, and the rest of the range, from Bondara.
Tweet
Pin