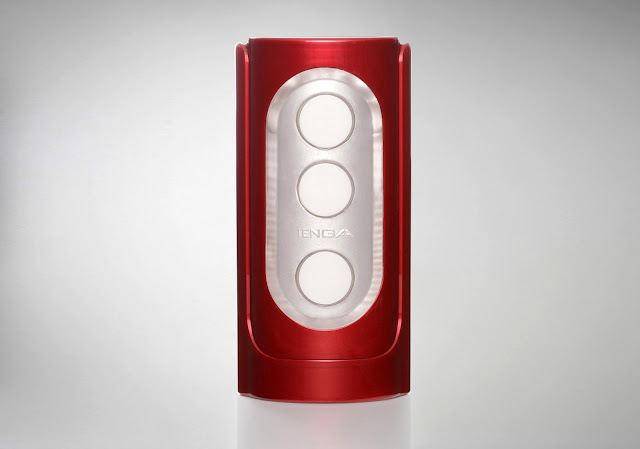 This month the kind folks over at Lovehoney sent me the Tenga Flip Hole Red to try out. I was very excited by the prospect of this, because as a big Fleshjack fan I’ve been eager to try out a Tenga product by way of comparison, and also because it does look undeniably stunning in my favourite sex toy colour, red.

The Flip Hole is the top of the line masturbator offered by Japanese manufacturer Tenga. It’s intended to be a durable multi-use product, and rival to the American-made Fleshjack. What’s interesting about the Tenga Flip Hole masturbators is that the colour of the case isn’t simply a matter of aesthetics, each one in fact has its own completely unique texture inside.

The Flip Hole is quite compact, standing at 7″ in total, and with a 9″ circumference, so it’s easy to grip onto and feels nice to hold in the hand. It’s made of two separate pieces, the major of which is the main body of the toy. The body is made from solid plastic, with an oval-shaped viewing window cut out of each side. These windows allow you to see and feel the soft clear material which the interior of the masturbator is made from. The problem I found with this is that the material is very sticky in nature, and I wasn’t too keen on having to touch this during use. The simple solution to remove the stickiness is to dust the area with a thin coating of corn flour, much like you might with a Fleshjack, but it’s an inconvenience. (Update: this stickiness was not present in the later White Flip Hole that I reviewed, and I believe it may have been a result of the way the product was treated before I was sent it to review, as I received it sans packaging and it may well have been exposed to a cleaning solution.) Inside the material on either side is embedded a thin sheet of white plastic, which protrudes from the surface in the form of six buttons. These “buttons” can be squeezed during use to apply pressure. The other piece of the Flip Hole is the end cap, which serves a number of functions. When the Flip Hole is not being used the cap covers the soft orifice and protects it from damage and also dust, but when the Flip Hole is being used the cap fits onto the opposite end of the toy, and helps hold the two halves of it together. 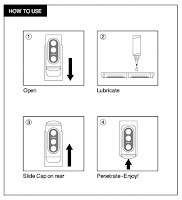 Both the strengths and the weaknesses of the Flip Hole lie in its one key feature, the ability to completely open it up by unfolding it into halves along a hinge at one end. This seemingly clever adaptation unfortunately causes as many problems as it solves.The first issue surrounds the orifice of the toy. The opening is only 2cm in diameter, which isn’t incredibly wide, but this only extends into the toy for a depth of 2cm, before it is completely blocked off by a section of material which acts like a diaphragm. When you insert yourself into the toy, instead of the material stretching to accommodate the girth of the penis like it would with a Fleshjack, it stretches slightly and then the two halves split apart, with the material around the opening bursting outwards and down the shaft. This doesn’t affect performance, but it does look unusual, and like it’s not supposed to happen. The next issue is with the interior of the Flip Hole itself. Inside it has a good 6″ long cavity, but when using it you don’t get a sense of the penis being fully enveloped. There is sensation on the top of the penis, and on the bottom, but none along the sides. Due to the way the raised texture is laid out there’s no real canal moulded into the material, and combined with the propensity of the two halves to divide towards the edges, the overarching sensation is that of having your penis being sandwiched between two halves of something, rather that it being fully encompassed. The final drawback is that the toy leaks air all along the divide, reducing the sense of suction that you get when using it. The benefits of having the toy open up are obvious when it comes to applying lube; instead of having to squirt some through a tiny aperture, you can simply open the Flip Hole and spread lube copiously over the interior. Likewise when it comes time to remove any lube from the inside you can simply open the Flip Hole up and rinse any fluids from the inside under a tap, without the worry of submerging it. In this instance the end cap can also be used as a drying rack to balance the toy on.

The texture of the inside of the Flip Hole is very bumpy; the best way I can describe it is with an unconventional analogy. It’s a little like when you’re driving down the motorway, and you drift out of lane, and all of a sudden you feel a bumping rumbling sensation throughout the vehicle, as the tyres rapidly hit against the row of cat’s-eyes. This is immediately what I thought of when thrusting into the Flip Hole, and my penis travelled across the closely-ribbed interior surface. The material inside is lovely and soft, so even though it is very bumpy it never felt as though the sensation was too intense. I have to say that I wasn’t especially crazy about the texture. One of the selling points of the Flip Hole is that there’s a different texture on either side, so you can vary the experience depending on which way up you use it, but from my perspective the difference wasn’t that great, and it all felt like a variation on a theme – bumpy. I found long deep thrusting with the toy not to be satisfying; my best experiences came when I found an area of the texture that I liked best, and I just massaged the head of the penis with it in that region employing short strokes. Using the Flip Hole did feel nice, as using any such toy would, but it didn’t feel special or amazing. The texture didn’t tickle, tease, or titillate any part of my penis, in fact it wasn’t very memorable at all, and all the lumps and bumps just blended into one. 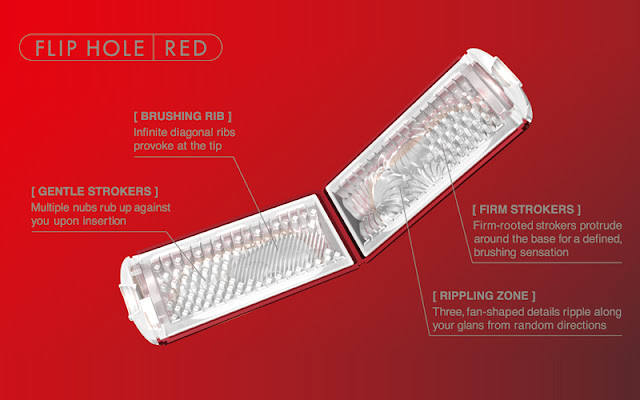 During use of the Flip Hole quite a surprising amount of the inner material does bulge out of the windows cut out of either side of the case. In this way the material displaces itself rather than stretching to make room for what’s inside. For this reason if you want to get a significantly tight sensation then you will need to squeeze the aforementioned “buttons” on either side. This works quite effectively, and the ability to adjust the pressure is an enjoyable feature compared to a standard hard-case Fleshjack. It does require a certain level of constant adjustment during thrusting though, as you endeavour to keep the balance of the pressure just right.
The Flip Hole isn’t a toy which pretends to offer any sense of realism, as should be apparent just from looking at the texture. The whole design is geared towards functionality, rather than replication, so it feels nothing like sex. It’s not even a case of whether it feels better or worse, it just feels very different, and ultimately it’s a personal preference whether one likes that difference or not. 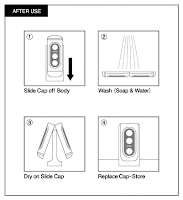 The toy is perhaps a little more awkward to warm up than a Fleshjack, because the material inside is permanently attached to the hard outer case, so you need to submerge the whole thing in a basin of hot water. Personally I wouldn’t bother as they never seem to hold their heat for long, and it just creates more hassle and mess.

As was touched on earlier the Flip Hole is very easy to clean. You want to avoid using soaps with the delicate material, so a simple rinse under hot water will suffice. As the inside can be left open to the air any moisture can more readily evaporate, and it dries faster than a Fleshjack. There’s also no need to cover every inch in corn flour, which significantly reduces maintenance time.
I have to say that on the whole I’m rather disappointed with the Tenga Flip Hole. Being a fan of Fleshjacks, but hating having to clean them, I felt sure the Flip Hole would be the answer to my prayers, and that I’d love it, but sadly it wasn’t so. It’s a well-built quality product, but I just didn’t enjoy the texture at all, and some of the design features seemed to act like a double-edged sword, helping and hindering in equal measure. I wouldn’t write off the Flip Hole completely, however, as it may just be a case that I haven’t found my perfect match yet. In fact I’ve since reviewed the White and came to a much different conclusion.
The Tenga Flip Hole is available in red and other colours from Lovehoney UK and Lovehoney USA.
Tweet
Pin