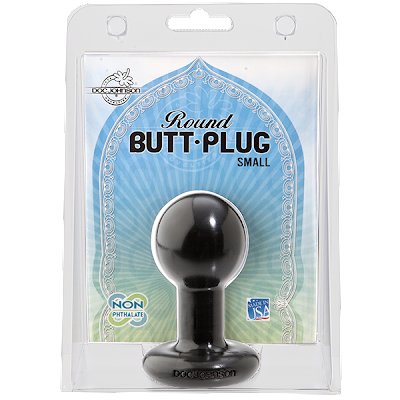 The lovely people at SexToys.co.uk sent me this toy to test. What really appealed to me about it was the unusual spherical shape, opposed to the traditional conical shape most butt plugs come in.

These spherical butt plugs are ideal for anyone who finds themselves bored with traditional butt plug shapes, and looking for a little variety.
This plug comes in three sizes, small, medium and large. I opted for small, which measures in at a little under 1.9” in diameter. I was surprised when I got it that it actually appeared smaller than I had imagined, and I did find myself wishing I’d gone for the next size up. Conversely there’s nothing intimidating about it for anyone who may be harbouring that concern. 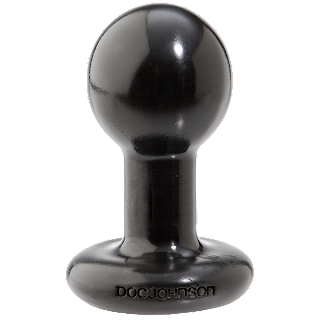 The plug itself is constructed in two layers; there’s a thin outer shell made of a rather tough vinyl-like material, and this in turn is filled with a flexible rubber centre, leaving the only mould line hidden below the base. When squeezing the plug you can feel that the two layers aren’t completely fused together, and it’s possible to pinch the outer skin between a thumb and forefinger, independent of the rubber core. As it’s possible to bend the plug in places, I would be worried about the potential for the outer layer to split at some point.

The ball-like shape of the plug means that it’s quite blunt. For the sake of thoroughness I did attempt to insert it without any prior preparation, and discovered that it is indeed possible, but not quite the most comfortable experience. Before using one of these plugs I’d recommend first loosening up the area using a toy with a more gentle gradient, especially for the larger sizes.
Once inside the plug provides a comfortable full feeling, quite different to other butt plugs due to the lack of elongated tip, which I found enjoyable to experience. Below the ball is a good sized neck, meaning that once you’ve inserted the plug there’s plenty of space for the muscles to close down behind it and hold it securely in place. At the bottom is a wide circular base which prevents the possibility of the toy becoming lost inside you, and which also doubles as a solid handle for pulling the plug out again once you’re finished. The shape of the base seems to have been an aesthetic consideration as it isn’t ideal for comfort. It’s not bothersome at first, but with prolonged wearing I found myself wishing it nestled more comfortably between the buttocks.
The plug does come with a slight odour which isn’t unpleasant.
Overall, considering the low price it’s a pretty good product to have fun experimenting with.
You can buy these butt plugs from SexToys.co.uk.